Trading breakouts are essential to any trader’s routine. It won’t be an overstatement to say that a skilled approach to trade breakouts is key to consistent results of any trading strategy, be it scalping, position trading, or casual intraday trading.

This article explains the main features of breakouts. It provides visual tools to spot them, various approaches to trade them, and useful guidelines to avoid possible misinterpretation in the case of false breakouts. Therefore, this article may be practically valuable to any trader who wants to make trading breakouts more effective, precise, and fruitful.

Interaction between an asset’s price and resistance or support levels is an important part of technical analysis.

Price may do two things with these levels: get deflected by them or break them. The former is what happens much more often. The latter is a breakout.

A clear definition or a breakout refers to a case when the price breaks an important resistance or support level.

Consolidation Before a Breakout

A common thing that happens before a breakout is a consolidation which may reflect that the market is gaining momentum before starting an aggressive move. That’s why the longer the consolidation is, the more intense an ensuing breakout may be.

The daily chart of the gold price behavior in 2019 showcases this scenario. From July through August, the price was consolidating at the baseline level of $1,400 before making an aggressive upward move up to $1,500.

It’s worth noting that while the resistance level of this consolidation stayed steady at $1,430 all along this period, the lows were gradually getting higher above $1,400. For an observant trader, that would suggest that the following move might have been bullish.

Also, in the middle of the observed consolidation, there were two days when the price inched above the resistance level of $1,430 but then quickly turned back into the flat channel. That short incursion was a false breakout example, which we’ll discuss later in the article.

Two Approaches to Register a Breakout

There are various views on what exactly should be registered as a breakout and when.

One view suggests considering a breakout case when a price moves beyond a previous maximum or minimum. In other words, it crosses the last high or low. Here, the candlestick extremes (the very tips of the candle shadows) are taken as resistance or support levels against which the price is observed.

Another view is probably a bit more cautious. It maintains that it’s important to wait until the price retests the level and moves past it to some extent to deem the breakout confirmed. It helps to avoid falling into the “trap” of a false breakout.

A False Breakout and a Confirmed Breakout

On the Weekly chart below, we see that the gold price stepped into the zone above $1,900.

For a real-time observer, that would be an alert for the possibility of a coming breakout.

Why? First, because $1,900 is an important psychological level. It’s a round number that opens the gate to the zone of the all-time highs beyond $2,000. Also, this resistance level deflected the price down several times before it came to challenge it at the moment of observation presented on the chart.

Therefore, the case below would be a perfect candidate for a notable breakout. For a trader, that would mean high alert and a heads up to watch it closely. “Candidate” is the keyword here as the most common mistake with breakouts is taking its mere possibility for a solid fact.

For practical caution, traders need to remember that no indicator guarantees that we make a correct interpretation of what we observe. The price will not necessarily do what we expect, even if we are correct to interpret its current moves.

Generally, the market does what it wants. The price may “change its mind” at any time even if the breakout seems to be forming. That’s what happened with gold in our case here.

As you read these lines, the gold price eventually failed to cross $1,900. It was a false breakout. Until now, it has been trading below that resistance level.

What it did in the observed period is just flirt with the key resistance level of $1,900 for a while and go into a long decline. You can see that on the chart below.

An actual breakout is the one you may see only in retrospect because it has already happened. The second approach to registering a breakout suggested at the beginning of the article may help with that.

For example, on the chart below, we see that the gold price climbed to $1,800 after bouncing from the bottoms of $1,700. It came to challenge $1,800, went back down a little bit, and then went to cross this level with a confident bullish candlestick. That’s a breakout. It corresponds to the cautious approach of first observing the price, retesting the level, and then watching it go past the level.

On gold’s daily chart below, the first episode of retesting comes straight after the breakout of the resistance level of $1,760. The second one takes place after bulls pushed it through $1,815, and the price goes back down to that level. Both are indicated as red arrows that follow breakouts marked as green ones.

How to Avoid Falling for a False Breakout

The case when the price seems to be about to cross a level but then unexpectedly reverses course is a false breakout.

The chart below that we’ve seen earlier illustrates that well. Here, a false breakout takes place around the resistance level of $1,430. The price is just inches above it and then quickly goes back down. Such “indecisive” price behavior is often called “flirting” with a level.

Most commonly, traders take that flirting as a sure indication of a coming breakout. It’s not. How do you avoid falling into the trap?

First, time-confirm a breakout. Allow the price some time to establish itself over the level it has just broken. Don’t rush into proclaiming it a true breakout. Don’t be too quick to open or close positions on it. Beware of an ever-present possibility of a reversal.

Second, use multiple timeframes. The Olymp Trade platform offers timeframes as short as 15 seconds up to one month view. Larger time frames may be useful to check if an intraday breakout you’re observing may be relevant to strategic resistance or support zones. Lower time frames may help to check short-term market dynamics and detect possible trend reversals through observing corresponding candlestick formations.

Usually, level breakouts are followed by level retesting. That means that after breaking a resistance or support level, the price usually comes back to it from the other side before going back into the direction of the breakout.

More precisely, after a confident bullish push, there is often a downward correction. Conversely, after a heavy plunge, there is at least a partial bullish comeback.

Many trading open positions exactly at that moment, when the price is retesting a level after breaking it.

For example, on the 10-minute gold price chart below, the breakout of the key resistance level of $1,900 stopped at $1,905. After reaching it, the bullish momentum started fading away, and the price went into a sideways consolidation at $1,905.

For a real-time observer, that may mean two possibilities. First, a bearish correction back down to $1,900 may become. That would be a level retesting, and it would be an opportunity to open a position as many do.

Alternatively, it may also just be a resting time for bulls before another push into the upside. Technical indicators and a shorter time would provide more input to judge between these two possible scenarios.

Breakouts are a common occurrence in price charts. They are often preceded by a period of consolidation and followed by level retesting. A possibility of a false breakout is a constant risk that accompanies them.

In either case, there are ways to increase the quality of your decision-making when trading breakouts. The main one is to wait for the price to confirm the breakout and not rush into action when it has just formed. Therefore, observation and patience are key. 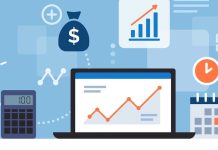 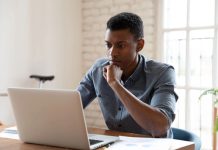 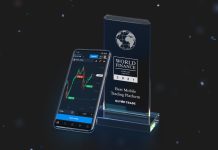 The Trader’s Guide to Trading with Trendlines