You combine the SMA and the Support and Resistance indicators to open long positions. This strategy does not care for small fluctuations.

Ignoring small fluctuations helps you avoid unexpected failure, partly because the order period is too short. So any small spread is reasonable. Because there are uncontrollable unintentional effects. The best way to avoid such confusing losses is to open long positions.

Within a minute the price can move a lot but with a position of 30 minutes or more, there will be no spreads close to the position you opened. Traderrr.com will guide you to combine two reliable indicators, the SMA and the Support and Resistance indicator, to open long positions.

How to use SMA combine Support Resistance

SMA is the Simple Moving Average, the simplest made up of the average of the closest candles. It can also be said that the SMA is the trend line of the market depending on how you set param on it.

If SMA 10 and SMA continuously cross, the gap does not widen but tends to move closer to each other, this signal shows the market is balanced at this time.

You open a position once the price breaks through Support/Resistance and the two SMA divergence to one side.

Opening a trade longer than 30 minutes with a session time of 5 minutes is the best for this circumstance. By this ratio, you can trade with 10 minutes sessions with time from 60 minutes and more.

This entry strategy is really simple, is it easy to recognize the cut-off point and the divergence of the two SMA lines. What you need to do now is wait for the 10 SMA to cut the Support and Resistance and make a trade.

You have to enter long positions because of the combination of the 10 SMA and the 30 SMA. The 30 SMA shows the trend over the long term, while the 10 SMA shows short-term abnormal changes. So, when there is a difference happening at SMA 10, it proves that the price is fluctuating. These fluctuations affect the trend in the long term, which is confirmed by the price surpassing the Support / Resistance level.

Therefore, when analyzing the indicator that shows the above signals, you should make a trade immediately. 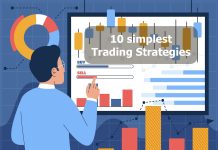 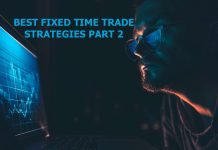 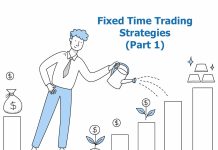