The Fibonacci indicator is widely used in technical analysis derived from the mathematical theory of Leonardo Bonacci living in the 12th century. He is also known as Fibonacci and many other names.

From those numbers above, people analyzed it by dividing each other in random ways and got some repeat ratios more than normal. These are the ratios: 1,618% (the golden ratio), 23.6%, 38.2%, 61.8%. Incidentally, these ratios are very common in nature.

There are 2 most popular types of Fibonacci:

A horizontal range of thresholds representing the resistance and support level with the golden ratio. You can set up min and max in any position. Then, work with supports, resistances created by Fibonacci indicator as work with normal support, resistance.

This indicator contains diagonal lines, you can set it following the direction of the graph to shape the Fibonacci graph in the desired direction. The alignment can help you see clearly the support and resistance levels along the slope. Now just need to catch the signal according to these cross thresholds.

Each level from 0 to 1 has different specifications. A trader needs to determine whether these benchmarks are Critical or Support points. The analysis of historical data confirms this relative division.

The effect of the Fibonacci indicator

Fibonacci retracement is most commonly used. Because of their simplicity in helping identify support, resistance, stop-loss, and take-profit points.

Even so, there is no guarantee that prices will react as expected, so people often combine Fibonacci with other indicators. Other negative comments of Fibonacci are that there are too many resistance lines. Prices often fluctuate between these lines, these things are confusing traders in their calculations when calculating the effective threshold.

How to use the Fibonacci indicator

With Fibonacci, you can calculate the threshold where the reversion happens. You just need to select any range and apply the Fibonacci indicator. Capturing the trend of prices quite well through the reversal signals.

The same is true for the Fibonacci Fan indicator. You should set up to follow the line you see a strong bullish slope occurring about three times.

Fibonacci Fan has more differences. You can adjust the direction of the price zone. Selecting areas to choose resistance, support in a specific direction. Every time the price reaches the resistance levels, gold supports such as 0.1618, 0.618, and 0.238 is a good signal for a reversal. 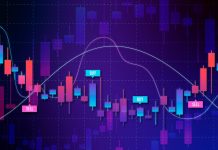 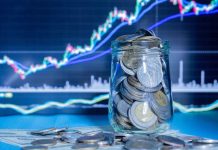 How to use Alligator indicator in Forex 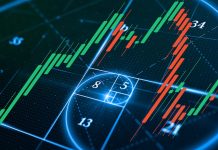