Moving Average Convergence Divergence (MACD) is a combination of two single lines those two are designed by Exponential Moving Average (EMA). Traders use MACD to take the signal of bullish or bearish momentum of prices to buy or sell.

What is the MACD indicator?

The MACD (Moving Average Convergence Divergence) is a Convergence and Divergence indicator. The indicator was first described by Gerald Appel in the book Systems and Forecasts, in 1979. Later in 1986, Thomas Aspray added a column chart to MACD and spread it to make it more popular.

This indicator is very common in data analysis. It allows you to predict the trend of price movements such as the time of ending the trend, reversing, accelerating, decelerating, starting a new trend. Therefore, it is very popular among investors.

Composition of the MACD indicator

(*) The exponential moving average of the previous 26 sessions.

(**) The exponential moving average of the previous 12 sessions

How to use the MACD indicator

MACD is a trend indicator based on the line chart, so it is easy to understand and use. Investors often combine this MACD with a number of other indicators, such as the Bollinger Bands indicator to identify trends more accurately.

The MACD cross the Signal line

Signals by Signal line is the most commonly used signal and is also very useful. This is a moment to buy/sell, and it depends on the direction of the MACD:

Signs of convergence and divergence – signs of price reversal

Note about the MACD indicator

Any chart has limitations or advantages in certain situations. So there are still many things to keep in mind when trading on the MACD indicator to avoid losing all.

The effectiveness of MACD reaches its peak in moderate time and short time. EMA-26, EMA-12, EMA-9 is the ratio of the number of sessions to achieve the most effectiveness. You can completely change it to another ratio, for example, EMA-18, EMA-8, EMA-6. Or you can increase or decrease the time of each session to get the MACD line that you think is most reasonable.

Remember that the MACD is not suitable for long-term signals.

Remember that indicators are also just a means for you to analyze data, to increase the probability of success exceeding 50%. Because the probability problem is based on historical data, the indicator transaction can also be wrong in an instant when it encounters abnormal interference, such as Bitcoin dropping $2000 in just a few minutes. It is important to always set a stop loss when to control trading.

Analysis by combines many different indicators

The more indicators and tactics used together, and the more accurate the buy / sell probability. This is a basic indicator for newbies if you can, you should learn more advanced indicators. 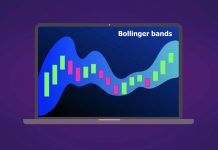 What is the Trendline indicator? How to use Trendline for long position

The Trader’s Guide to Trading with Trendlines