You use Pinbar candlesticks combined with Support and Resistance indicator for entering the correct reversal position. The rate is probably about 80%; every 5 times you make a trade, there will be 1 failure.

If you have not learned about the Support and Resistance indicator, please read the article:

Support and Resistance – How to find and how to use it

Pinbar is a short body bottom or top candlestick. It has both long and short tails, especially in the case the shorter tail, the better.

Pinbar candles often show a fierce tension between the buyers and the sellers. If the price is on a good momentum and there is a reverse Pinbar candle, the market is probably on the verge of a reversal.

Here is the other way for imperfect situations; the signals are usually seen at the end of an uptrend or downtrend. That is the Pinbar candlestick, a combination of Pinbar candlestick and Support And Resistance indicator will increase the probability of reversal prediction. This combination’s accuracy rate is up to 80% at each time Pinbar appears in this position.

There are two situations where you can open a trade:

You will open a bearish order at the end of an uptrend when the price touches the resistance, and a Bullish Pinbar candlestick appeared. As shown below.

You should open an order at the end of a downtrend when the price hits the Support with a Pinbar candlestick appeared. These two combined signals increase your accuracy at up to 80%. 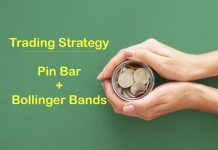 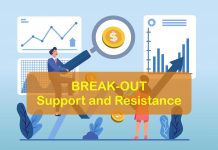 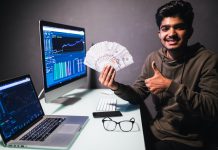 How to use Trendline indicator to make bullish trade

How to choose an asset with the best return Fixed Time...

Promo Codes Up to 50% Bonus in Olymp Trade in November...