The term “insider trading” has been popping up in the headlines recently. There’s talk of big-name politicians and business tycoons being investigated for it. Almost sounds like all the cool kids are doing it these days. So, what is insider trading exactly and why is it illegal?

What is Insider Trading?

The definition of “insider trading” that lies at the core of applicable laws is “buying or selling a security in breach of a fiduciary duty or other relationship of trust and confidence, on the basis of material, nonpublic information about the security.” Let’s break all this legalese down into easily understandable parts.

First, let’s start with the person in the relationship of trust — the Insider. A person is named an “insider” if their affiliation with a business makes them privy to information that has yet to be disclosed to the public.

Insider information is considered “material” if it’s the sort of intel that could and most likely would affect a company’s stock price. Examples include a pending merger, a major investment, a surprising earnings report, an announcement about a government contract, etc.

Insiders carry a fiduciary responsibility to their companies and shareholders. Fiduciary means duty of loyalty or a duty of care. Therefore, the Insider using material information to their personal benefit puts them in direct conflict of interest with those they have a duty to.

Is All Insider Trading Illegal?

You may be surprised to find out that not all insider trading is punishable by law. Here are some examples of insider trading that don’t carry any sort of legal repercussions:

So, when does the trade cross-over into illegal territory? It’s when the transaction (like a purchase or a sell-off of stocks) is influenced by knowledge that only a small group of people inside the company would know about. This sort of information would give the insider an unfair advantage to either profit from or avoid a loss associated with an upcoming stock price shift before anyone else on the market.

Every once in a while you will see insider trading cases where people outside the company use the information obtained from those on the inside to profit. In those instances both the “tipper” and the “tippee” are legally culpable. Such was the famous 2001 case of insider trading involving Martha Stewart.

Stewart, a famed American businesswoman and TV-personality, sold all of her shares of the biotech company, ImClone. Just two days later, ImClone announced that the FDA had not approved the company’s primary pharmaceutical product, Erbitux. Their stock dropped 16% immediately after.

Selling her shares prior to the announcement and the subsequent drop saved Stewart from a $45,673 loss. The investigation proved that Martha was acting on a tip-off from ImClone’s CEO at the time, Sam Waksal. Both were tried and convicted of insider trading. Waksal got 87 months in prison and a $3 million fine. Ms. Stewart was sentenced to 5 month in prison, a $195,000 fine and a requirement to step down as CEO of her company.

But don’t think that major penalties like the one we’ve just discussed forever deterred people from attempting this kind of machinations. Far from it. In fact, let’s take a look at the most recent examples of insider trading.

The US Justice Department has just closed their investigation into the actions of senators who engaged in large-scale trading while privy to sensitive information. All three made sizable sales shortly before the recession hit the markets due to the coronavirus pandemic.

Democratic Sen. Dianne Feinstein of California sold millions of dollars worth of stocks as a sitting member of the Senate Intelligence Committee. Fellow Senator, republican representative Kelly Loeffler, whose husband is the chairman of the New York Stock Exchange, committed a similarly suspicious trade. Loeffler dumped a large number of stocks shortly after she received a private briefing from health officials on the emerging coronavirus in January.

It’s worth noting that Senators are specifically barred from using non-public information to make decisions about stock trades under the 2012 STOCK Act. The Justice Department investigated both cases but ultimately declined to press charges for insider trading as both Senators claimed other parties (family members and advisors) made trades on their behalf.

Meanwhile in Brazil, Marcos Molina — the CEO of a major local meatpacker Marfrig — is facing accusations of insider trading from the country’s securities regulator — CVM. CVM discovered that Molina bought Marfrig shares prior to the public announcement of a deal with Leucadia National Corp to take a 51% stake in National Beef. Marfrig’s shares rose nearly 20% after the transaction was announced.

Needless to say, Olymp Trade does not condone illegal insider trading nor do we allow it on our platform. We do, however, support and facilitate thorough research and market analysis that can serve a trader just as well.

For example, you can take advantage of market Insights that Olymp Trade offers. When on the platform, go to the navigation bar and look for Insights. A click or a tap will take you to a section with a newsfeed of intel that has potential to affect your trading choices.

From there you can go to the Assets section and find short-term price forecasts and trend analysis on all the assets you can trade with Olymp Trade. Pretty neat, huh?

And if that’s not enough (is it ever?), you can always check the Blog for tips. Our Daily and Weekly Analytics will keep you well informed and prepared for whatever the future holds. And don’t neglect the Fundamental Analysis, because that’s where all the long-term insights are. 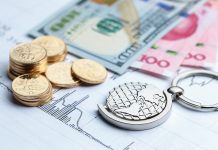 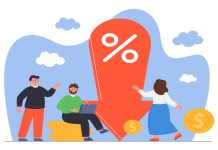 Why are CFDs Better Than Trading on the Spot Market 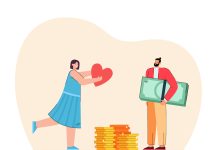