The Bullish Harami pattern is one of the strong candlestick patterns to find uptrend reversal. It usually shows up at the end of a downtrend, when the market has started to heat up again. However, it does not give a strong signal like Hammer or Engulfing so Traders often combine them with indicators, other pattern signals to increase the possibility of entering the right orders.

What is the Bullish Harami pattern

Bullish Harami is a pattern of 2 Japanese candles that usually appear at the end of a downtrend.

Bullish Harami is effective for short term trades, as often these fluctuations only happen in short periods. If you want to trade longer orders, you need to choose to use patterns or signals that do not have such a sudden change.

The Bullish Harami pattern indicates the end of a downtrend. Therefore, you must watch a downtrend with other patterns and indicators such as SMA, Stochastic Oscillator, Resistance and Support indicator to identify a strong/weak trend. Finally, when the price shows up a very long bearish candle, it is a sign that Bullish Harami is about to appear.

However, if the Harami does not appear so it’s okay, just repeat the above. If you encounter a Bullish Harami pattern, look at some other indicators to make sure it will reverse.

Bullish Harami does not appear very often, but every time it does, you should open a bullish trade at the start of the 3rd candle.

As for Fixed Time Trade, this is a good bargain signal, so set the order for 5 minutes, 10 minutes.

For Forex, after you buy, wait until the price hits the resistance, combine other indicators, then decide whether to sell or not. 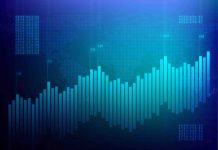 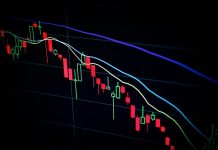 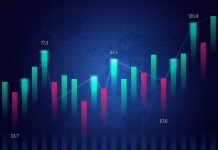